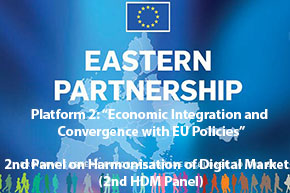 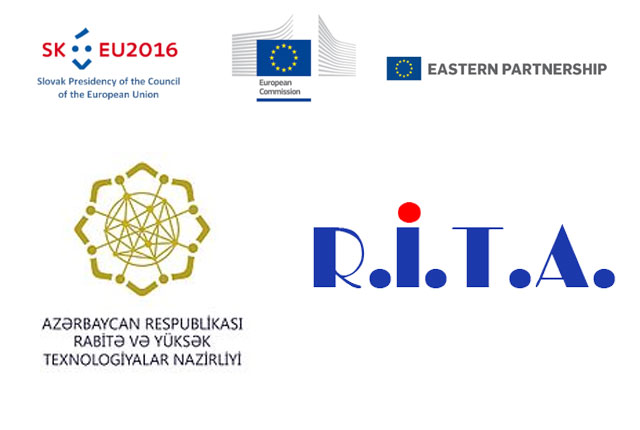 Azerbaijani delegation headed by Deputy Minister of the Ministry of Communications and High Technologies Elmir Velizade participated in the Ministerial level meeting on the Digital Community held in Brussels, Belgium, on 18 October 2016. Tofig Babayev, Director of R.I.T.A. and ICT&FET NCP in Azerbaijan and HDM Initiatives contact person, also took part in the work of the meeting as a member of the delegation.

Günther H. OETTINGER, European Commissioner for the Digital Economy and Society, Johannes HAHN, European Commissioner for the European Neighbourhood Policy & Enlargement Negotiations and the Ministers in charge of the Digital Economy of the Republic of Armenia, the Republic of Azerbaijan, the Republic of Belarus, Georgia, the Republic of Moldova, Ukraine and the Slovak Republic representing the Presidency of the Council of the EU, met to continue the discussion on deepening their collaboration in the area of the digital economy and society. Representatives of International Financial Institutions, as well as representatives of the partners' private sector and the civil society were also present.

The main item on the agenda was the presentation by the European Commission of EU4Digital regional networks which will work on jointly agreed priority topics: telecom rules; ICT research, startups and innovation; digital skills; trust services and e-Identification (eIDAS); cybersecurity and eTrade, which includes eCommerce, eCustoms and eLogistics. These networks would serve as platforms for sharing best practices and experiences among eastern European partners and with the EU, promoting synergies and developing joint projects.

As a next step, the EU4Digital networks will develop cooperation roadmaps for the period 2017-2019 in their respective thematic areas, focusing on concrete and achievable deliverables, which aim at improving the life of citizens and the competitiveness of businesses. The proposed roadmaps, as well as preliminary achievements, should be presented in the 2nd Eastern Partnership Ministerial Meeting on the Digital Economy to be held in early summer 2017.dle templates freefilm online